Rescuing an injured barn owl which swiftly recovered to fly back to safety recently is highlighting just how strongly the team working on Britain’s biggest roads project is committed to protecting the local environment.

Quick thinking by a member of the team delivering Highways England’s £1.5 billion upgrade to the A14 between Cambridge and Huntingdon has helped save an injured barn owl. It is part of the considerate approach being taken to the environment throughout the massive project, which includes creating new habitats such as hedgerows and wetlands and planting twice as many trees and shrubs as were taken down before the scheme started.

The barn owl was discovered by Martin Lefty, a machine operator who uses his excavator to move materials and soils. Martin noticed the injured bird when he got to work recently on a section of the new A14 near Brampton. Its leg was bruised and it could not fly, so Martin together with Duncan Healey, one of the environmental managers on the scheme, took their feathered friend to the Raptor Foundation near RAF Wyton.

They were rewarded a fortnight later with news of the nocturnal bird’s recovery and joined Raptor Foundation’s Liz McQuilan as they set the owl free near the site where they had found it. 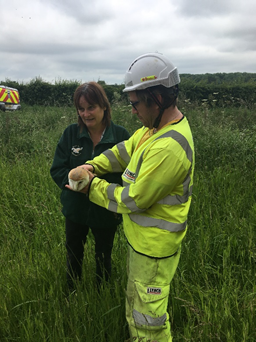 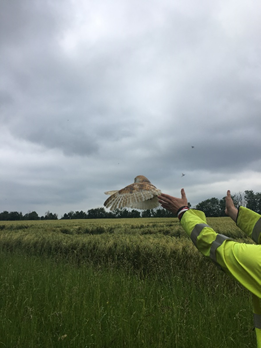 “Protecting and enhancing the environment is an important part of what we do while building the new A14, so when I saw the injured owl I knew I couldn’t just carry on with my day’s work – I had to ensure it was okay. It was great to see it make a full recovery, and to be a part of setting it free again.”

Barn owls aren’t the only protected species the A14 team is working to safeguard, with fellow creatures on the route including kestrels, otters, swifts, great crested newts, badgers, water voles, bats, butterflies, and many more.

Highways England takes its responsibility to the local environment around road improvement schemes very seriously. On the A14 Cambridge to Huntingdon improvement, the team has designed the project to reduce its impact on the surrounding landscape and wildlife and is aiming to have a positive impact on biodiversity once the scheme is complete. To achieve this, the team is protecting species along the route, building over one square mile of new habitat in 18 areas, planting approximately 900,000 trees and shrubs (more than twice as many as were felled before construction started), and reducing the environmental footprint of the scheme during construction.

Carol Hardingham, environmental lead for the A14 on behalf of Highways England, said:

“Building a new road changes the local environment around it, but it can also bring new opportunities to protect and enhance it. The countryside along the 21 miles of the A14 upgrade is mainly arable land, which can pose challenges to biodiversity and wildlife. The new road is making it possible to create connected corridors and new habitats for wildlife, as well as opportunities to provide new ground for some of the rare local flora to thrive.

“With all the measures we are putting in place, we’re confident that once the new A14 opens our work will leave a positive impact on the new road’s local environment.”

Some of the measures taken to protect and enhance the A14’s local environment include tunnels beneath the new 12-mile stretch of the new road which will bypass Huntingdon to the south, with shrubs carefully planted to direct animals to ensure they have a safe way to cross the road, which carries up to 85,000 drivers every day.

A trio of new habitats for newts have been built, including ponds and log piles, which they hibernate beneath through the winter. 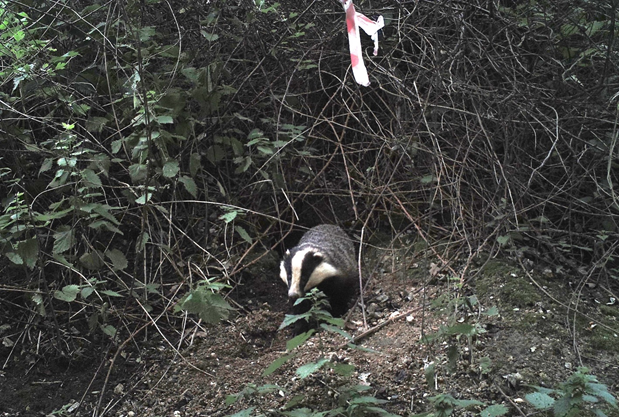 Caption: tunnels will be built beneath the new A14 to enable the safe crossing of animals like this badger

Water voles, which have declined in number is recent years, will benefit from five new habitats. And other areas created include refuges for snakes and ponds for toads, plus drainage ponds for beetles. A hedgerow near Brampton has also been built as a wildlife corridor, allowing bats and dormice to forage, travel and colonise. 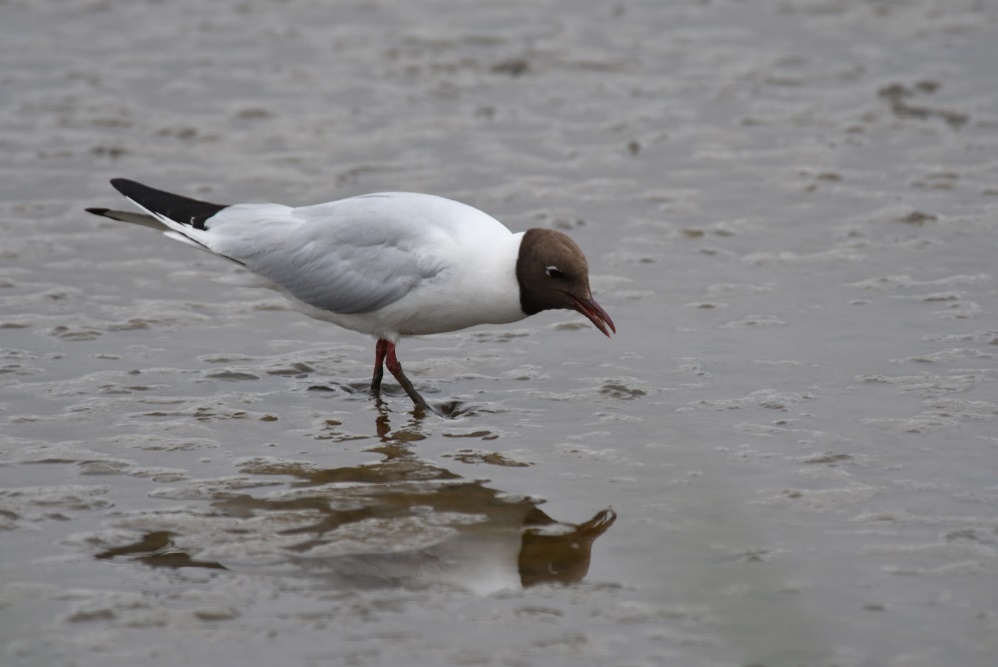 Caption: this black headed gull will have new habitats to enjoy thanks to the A14 project

Further work to protect our flying friends includes installing 800 boxes for them to live in, with 360 for bats, 90 for small birds, 22 for barn owls, and 24 for swifts and kestrels. 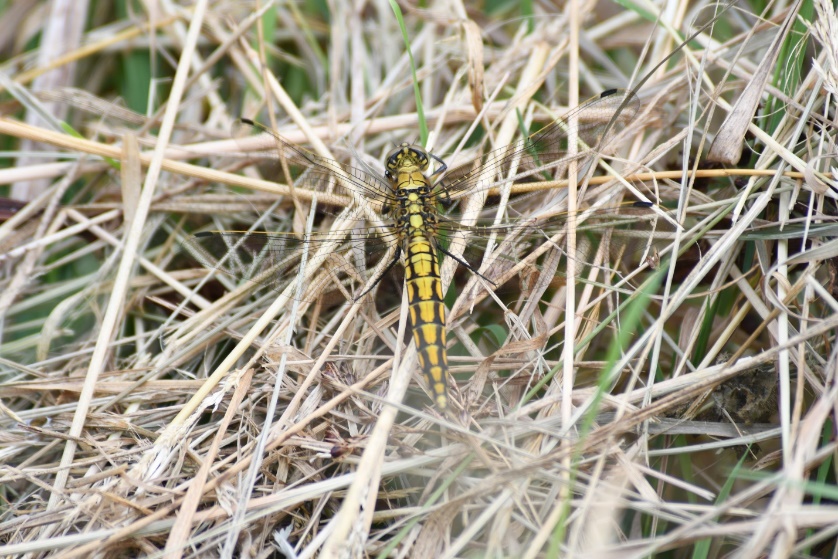 Caption: various measures, including wood piles and hedgerows, are among those in place to support insect life around the A14, such as this black tailed skim

The 900,000 trees and shrubs being planted on the project are from more than 40 native species including dogwood, hawthorn, hazel, oak, elder, honeysuckle, and many more. Twenty-five miles of hedgerow, woodland the size of Monaco, and scrubland are among the habitats being provided which will mature over 15 years. 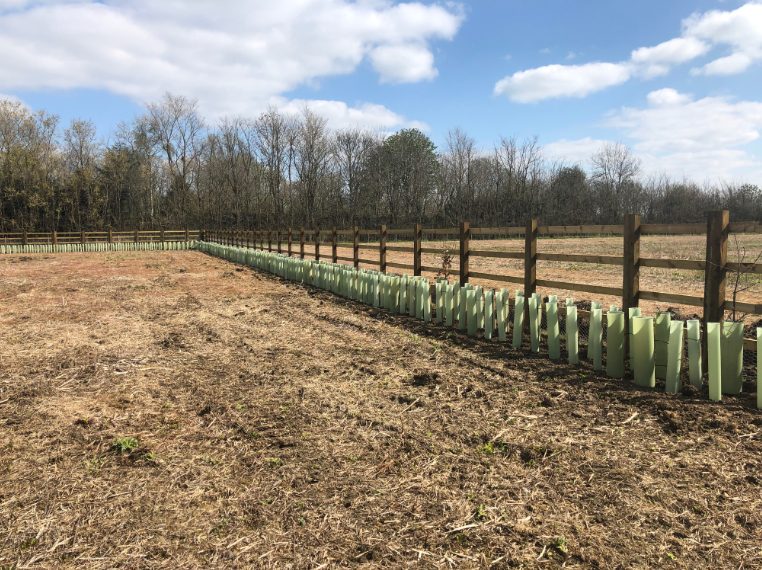 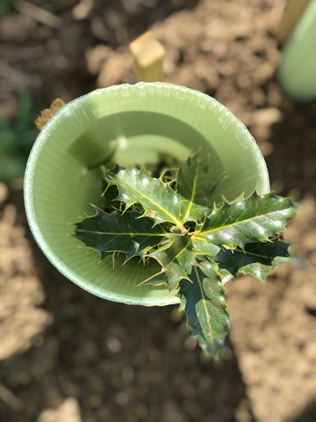 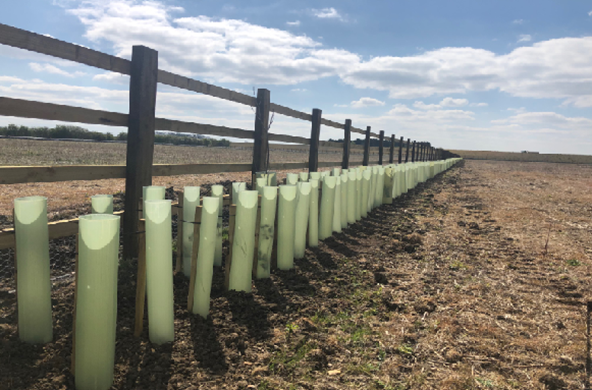 Caption: some 25 miles of hedgerow have been planted by the A14 team to protect and enhance the environment.

Lifting topsoil at the start of the scheme has revealed seed banks of local fauna which are now able to thrive, increasing biodiversity. Rare plants on the scheme include the slender tare, bee and pyramidal orchids, the dwarf spurge, stone parsley, and many more. These plants are vital to provide a habitat for bees, moths, butterflies and birds. Seeds from some of these plants were harvested before construction began, and are planned to be used along the scheme once work finishes.

Another way to project the environment is to source energy and resources responsibly during construction. All of the energy used at the A14’s site compounds at Swavesey, Brampton and Ermine Street is renewable, with over half of the five million tonnes of materials needed to upgrade the 21-mile stretch of road sourced locally.

Hybrid generators, hydrogen powered vehicles and solar power have also been used to slash the scheme’s carbon footprint. The CO2 savings from solar energy used on the A14 equate to the energy needed to drive a new car around the planet 110 times. And only non-drinking water is used for construction.

Minimising the need to import materials and construction components from far away is also helping the project reduce its footprint on the environment. A pre-cast yard building concrete decks and parapets for bridges has shrunk the travelling distance between the factory and the 34 new bridges and structures where they are needed. 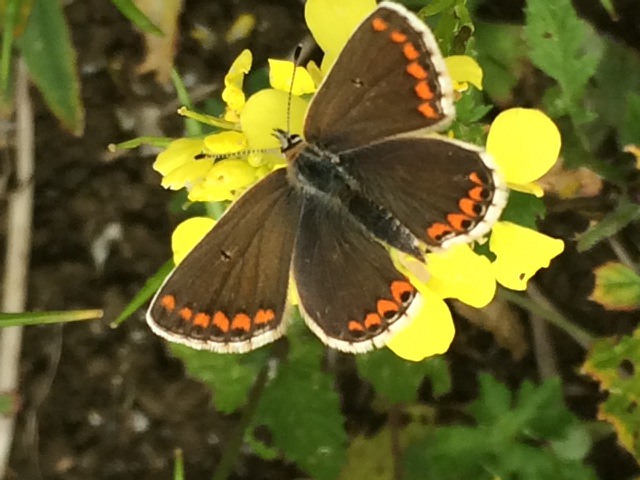 Caption: this brown argus butterfly is among the plethora of Cambridgeshire wildlife living around the A14

Main construction to upgrade the A14 between Cambridge and Huntingdon is progressing well and reached the half way mark in November 2018. The project will add capacity, boost the local and national economy and cut up to 20 minutes off drivers’ journeys.

Fourteen new bridges have opened to traffic since work started, and construction is well underway on 20 more. The 750m long River Great Ouse Viaduct, with its 6,000-tonne steel structure, is now complete.

Almost 10 million cubic metres of earth needed for the £1.5 billion project has been excavated, with the material used to build the foundations for the new road and structures. 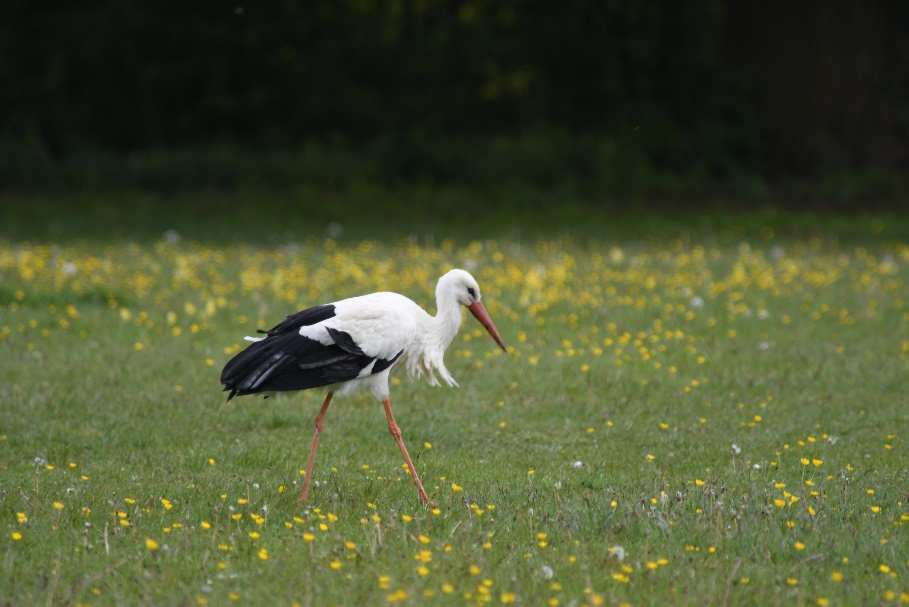 Caption: a white stalk wanders through its habitat, near the A14

For more information about the A14 project’s environmental work, visit https://highwaysengland.co.uk/a14-cambridge-to-huntingdon-improvement-scheme-environment/.