Extra lanes and new technology on one of England’s busiest stretches of motorway are saving commuters up to 40 minutes each week.

Highways England completed the biggest ever upgrade of the M6 in Cheshire earlier this year, and figures from the first few months of operation show that peak-time drivers are now travelling up to 15 miles per hour faster than before work started.

Drivers travelling towards Crewe after 9am and leaving the office after 6pm are seeing the biggest improvement to their journeys – saving more than eight minutes along the 19-mile route every day.

Commuters working a nine-to-five shift near Manchester are also spending over 30 minutes less time on the road each week. They are now able to travel at an average speed of 66 miles per hour on their way home from work – 15 miles per hour faster than before work started on the upgrade.

And businesses are benefitting from faster and more reliable journeys throughout the day, with drivers travelling southbound previously facing average speeds of 50 miles per hour between midday and 1pm. They are now able to travel 14 miles per hour faster, saving almost six minutes along the route and cutting journey times by over a quarter.

Haulage firm Arclid Transport is based close to junction 17 of the M6 near Sandbach and delivers raw materials for a wide range of industries across the UK and Europe, including pharmaceutical, food manufacturing and detergent.

“The upgrade of the M6 has made a significant improvement to journey times for our fleet at Arclid Transport. We carry out more than 300 movements a week and a large percentage of these originate from Sandbach, which is at the heart of the improved stretch.

“The most noticeable factor is the reliability of the flow of traffic, meaning we are now more certain of estimated arrival times for our customers because there are far fewer delays.”

Initial statistics from the first three months following the M6 smart motorway’s completion also show that the number of collisions along the route has fallen by around 30%. There were 97 incidents reported from April to June 2015 compared to 68 incidents during the same three months this year – an average of 10 fewer collisions every month.

Overall, safety has improved by over 25% on England’s ‘all lane running’ sections of motorway where electronic signs display red Xs and variable speed limits to close lanes and control the flow of traffic, and emergency areas provide a safer place to stop.

“Tens of thousands of drivers use the M6 every day to travel to and from work and this latest research shows that the extra lanes and new technology we’ve introduced are making a massive difference to people’s journeys.

“The motorway upgrade means businesses are also benefitting from quicker and more reliable journeys through Cheshire – supporting the regional and national economy.

“We’ll be starting work on several similar major motorway upgrades over the next few years and hope drivers will bear with us in anticipation of the long-term benefits these projects will bring.” 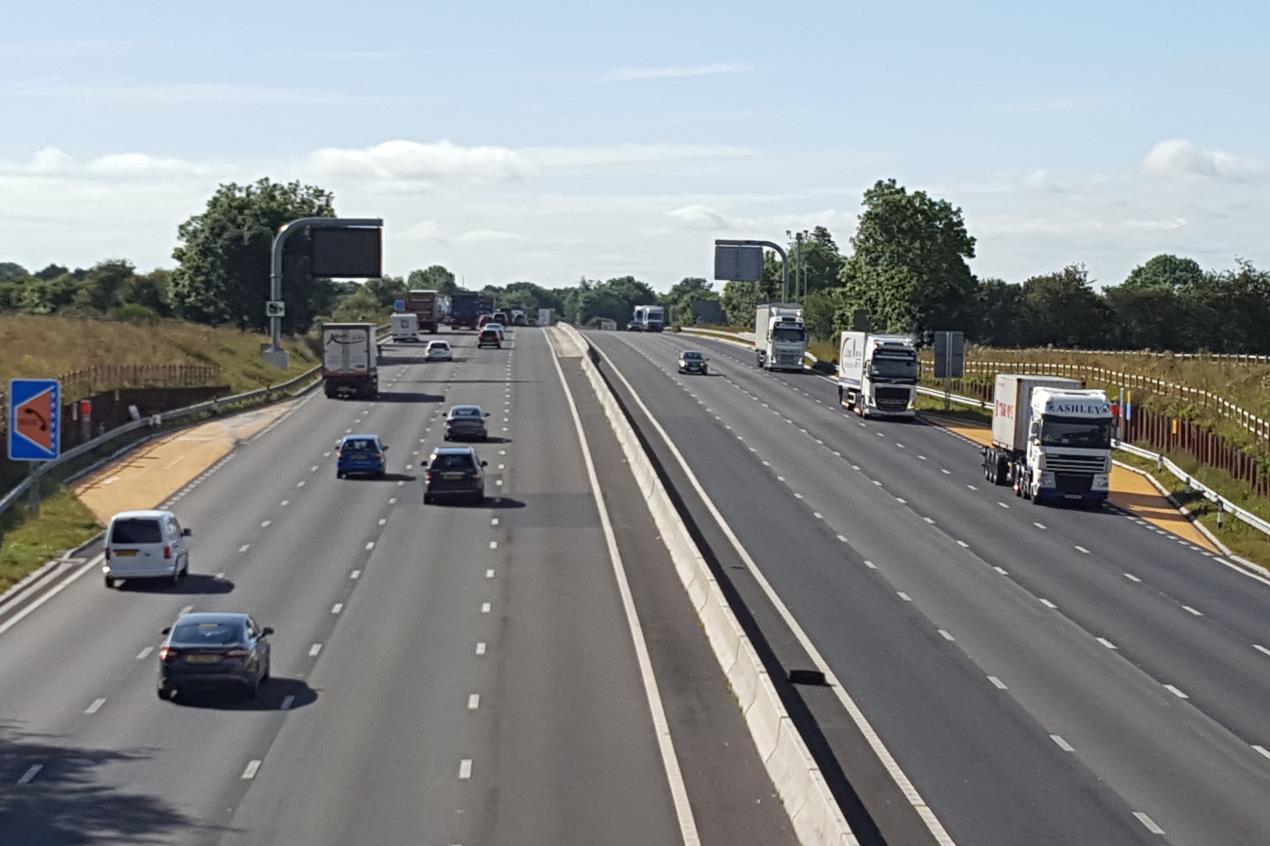 Highways England completed the £255 million project to upgrade the M6 between Crewe and Knutsford in March 2019 – the most significant change since the M6 first opened in the county in 1963.

A fourth lane has been introduced in each direction and a total of 258 electronic signs, 104 traffic sensors and 70 CCTV cameras are helping to tackle congestion and improve journey times for around 120,000 drivers every day.

Construction work is currently taking place on a similar upgrade of the M62 near Warrington, and preliminary work is also due to start later this year on the stretch of the M62 over the Pennines which links the North West to Yorkshire.