“If that wheel had hit a car rather than one of my lorries we would be talking about a fatality today.”

This is the stark warning of a leading haulier who is urging all drivers to check their vehicles before setting off on journeys after a runaway tyre smashed into one of his HGVs on the motorway.

Barry Proctor is backing the Highways England call for road users to make sure they carry out simple safety checks on their vehicles and loads before any journey, particularly as the easing of lockdown restrictions has seen the start of the staycation getaways.

The incident occurred while his vehicle was travelling on the M42 towards Kidderminster during a weekday morning. 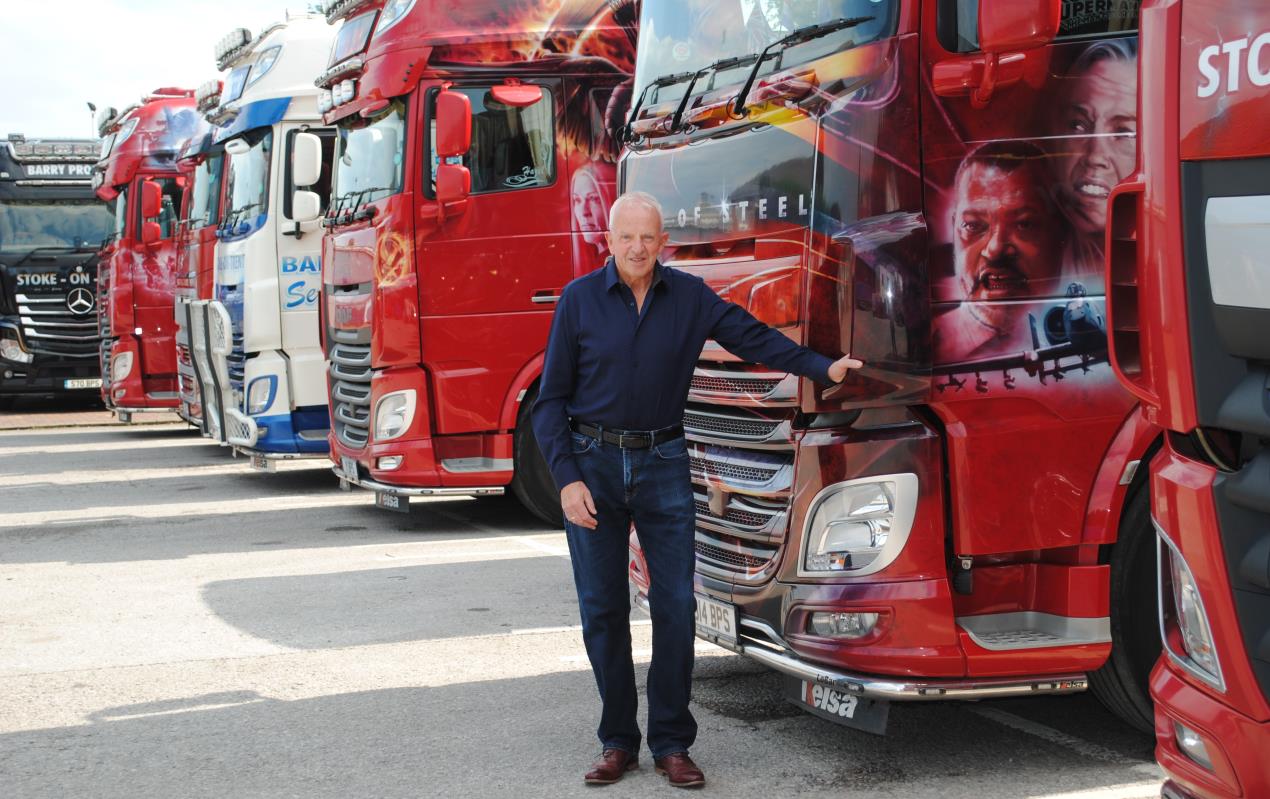 Caption: Haulier Barry Proctor who is urging drivers to carry out basic vehicle checks after one of his vehicles was hit by a stray wheel. . For hi-res image click here

“The runaway wheel suddenly appeared on the carriageway and as a vehicle swerved to avoid it, the wheel crashed into the front of our vehicle causing damage in excess of £2,500.”

Fortunately Mr Proctor’s driver was not injured, but as he pointed out, if the wheel had collided with a car it could have resulted in a fatality.

Barry Proctor, who has operated Barry Proctor Services in Stoke-on-Trent for over 35 years, highlighted how important it is to carry out safety checks on vehicles and loads before any journey.

He said HGV drivers are required to carry out a recorded ten-minute walk around safety check, before every journey and vehicles are serviced at six weekly intervals.  If the public were travelling on a plane, they would expect rigorous checks to be carried out before every flight and it should not be any different with a road journey.

And, as the Government eases the lockdown restrictions, the road networks will return to high levels of traffic and vehicles such as caravans and camper vans, which have been left standing for months, will return to our roads, he said. 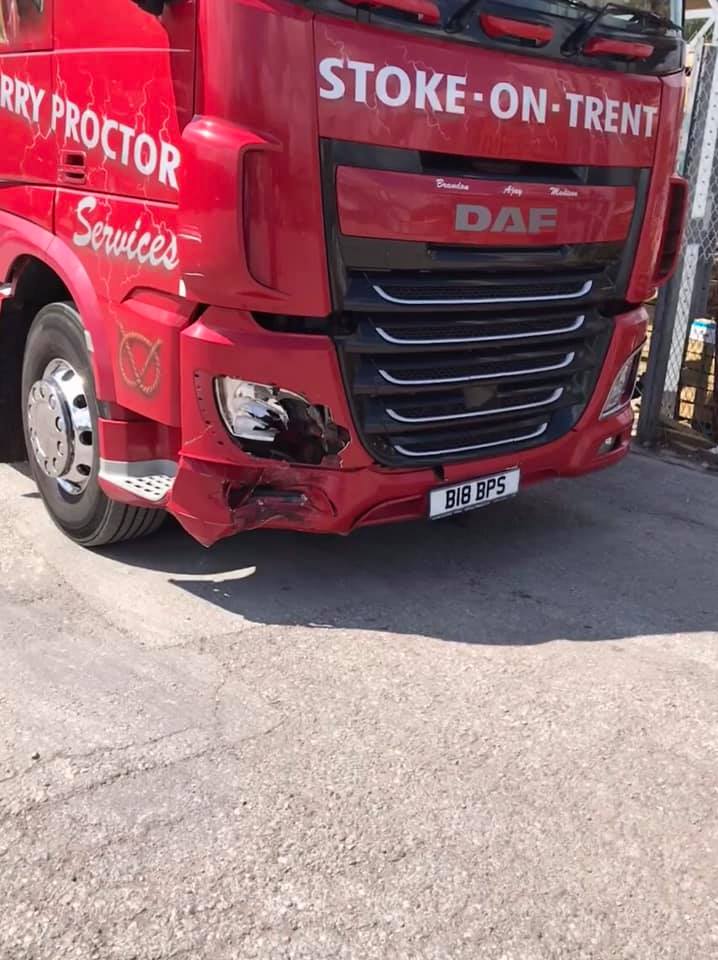 Caption: The DAF Drawbar lorry that was damaged by the stray wheel. For hi res image click here

“We always want our roads to be as safe as possible and for everyone to enjoy summer safely – but drivers need to play their part to make that happen.

“A brief ‘walk-around’ and carrying out a few simple safety checks before setting off on tyres, oil, water, lights and fuel could prevent a frustrating breakdown on the journey or something far more serious happening.

“With many vehicles not having been used for many weeks during lockdown or even over the winter, it is crucial that drivers are confident their vehicles are safe and loads secure.”

Figures recently released by Highways England have shown that more than 46,000 items were found on the nation’s motorways and major A roads over just 10 months with traffic officers having dealt with everything from a washing machine, sofa and king size mattress to a double-glazed door, garden sheds and a ship’s mast.

As well as checking loads are secure drivers are urged to:?

?More tips, including ‘how to’ videos, are available online:?https://www.think.gov.uk/campaign/vehicle-safety-checks/?