Motorists have been able to snatch a first glimpse on the roads of a pioneering cone-laying vehicle that will eliminate the need for roadworkers to do the job from the back of a truck.

After successfully completing extensive off-road testing, the automated cone laying vehicle has now taken to the road network for the first time. It has been putting out traffic management on both the A5 and M54 in Shropshire. Further testing is set to take place on the M4 in Berkshire.

Developed by Highways England and a group of industry experts, the vehicle avoids the need for two people to manually lift and drop the cones in almost all weathers.

With traffic rushing past, the bulk of this work is undertaken at night with the workers lifting as much as 10 tonnes of equipment per shift.

The automated cone laying vehicles, which could be in use by the end of the year, will be operated solely by the driver therefore improving safety and freeing up two workers to carry out other tasks. 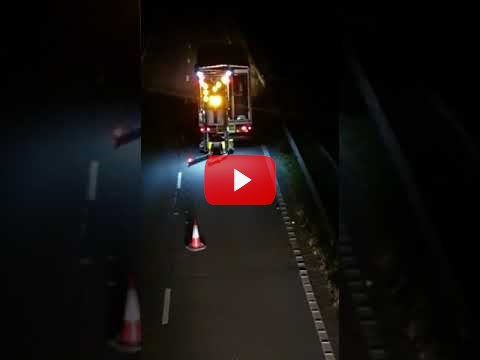 Caption: To watch the automated cone laying vehicle in action as trials begin on the road click here

Two vehicles have been developed. The first, created by Highway Care, is being trialled on the Highways England road network. The second, developed by competitor King Highway Products, is currently undergoing testing in Holland and will shortly be trialled off-road in the UK.

“The implications of these vehicles in protecting the safety of workers are immense and we are delighted that testing is progressing so well. By taking the human element out of laying cones we are eliminating one of the greatest risks for road workers.

“We have received a lot of support from the industry as a whole for the automated vehicle and we are now getting some very positive feedback from those workers who have been trialling the Highways Care prototype on the live roads network.

“If this testing proves as successful as we anticipate it will, motorists could be spotting more of these automated cone laying vehicles on the roads by the end of the year.”

Kier General Foreman Stuart Pegg, who used the vehicle to put out traffic management on the A5, said:

“It was great to be invited to participate in this ground-breaking advancement in traffic management. We have ironed out a few initial teething problems and I found the automated cone laying vehicle easy to use. It performed above my personal expectations.” 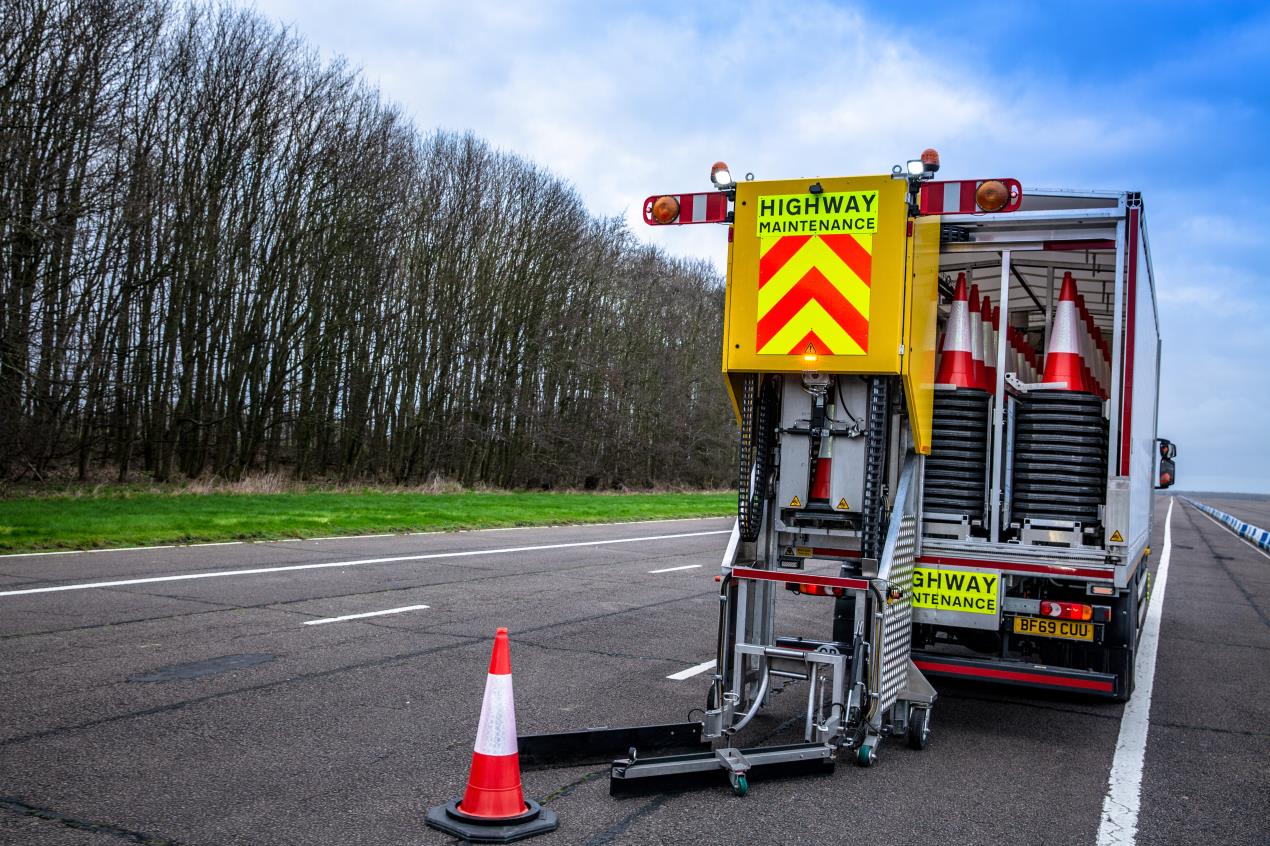 Caption: The Highways Care automated cone laying vehicle which is being trialled on the road network in the Midlands. For hi-res image click here

Experts from Highways England, Kier, HW Martin Traffic Management and competitors Highway Care and King Highway Products are working together in a collaborative effort to resolve this potential safety risk.

Highways England are funding the development and establishing a minimum standard while the companies themselves are developing the vehicles.

To date, ergonomics experts have struggled to identify a suitable method of placing and removing cones that doesn’t have an impact on workers due to the twisting of the body required or a vehicle that does not require any workers on the back.

It is hoped the automated cone laying vehicles will tackle this issue. Highways England criteria stipulates that not only must the machines offer a safer method for highways workers, they must be safe for all road users and pose no further risk to traffic.

If the tests prove successful the two companies will be able to take their vehicles to the marketplace.