Highways England has reached a major milestone in a £5.2 million programme of environmental improvements across the North West – by restoring actual historic milestones.

The company, which runs the country’s motorways and major A roads, signed off the five-year programme of biodiversity, landscaping and heritage works a few weeks ago by finishing work in a lay-by along the westbound A66 right on the ancient border between Cumbria and Durham. 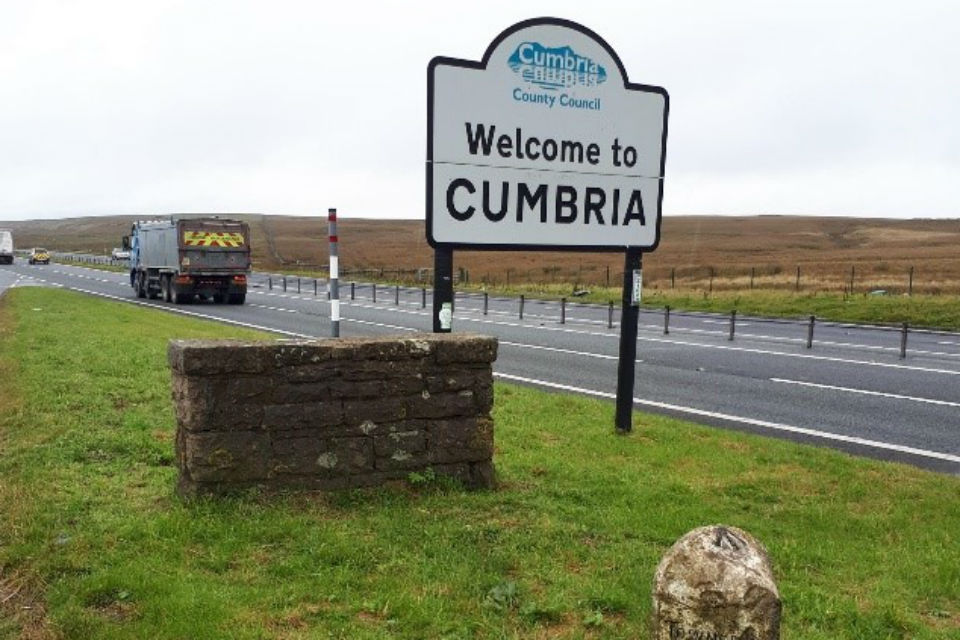 The ancient marker stone (foreground) – before its renovation and relocation elsewhere on the site – is pictured alongside the A66 right on the historic border between Cumbria and County Durham.

In a real hands-across-the-Pennines moment, the work has transformed the rather non-descript resting area near Stainmore into a visitor stop-off in its own right, complete with renovated historic marker stone and four new display boards chronicling both the human and natural history of the area. 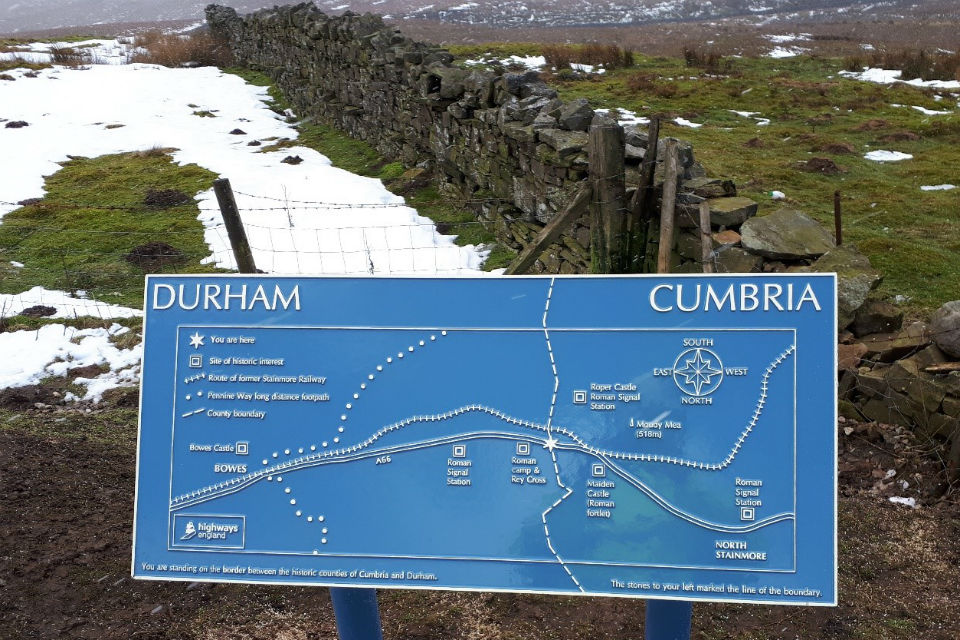 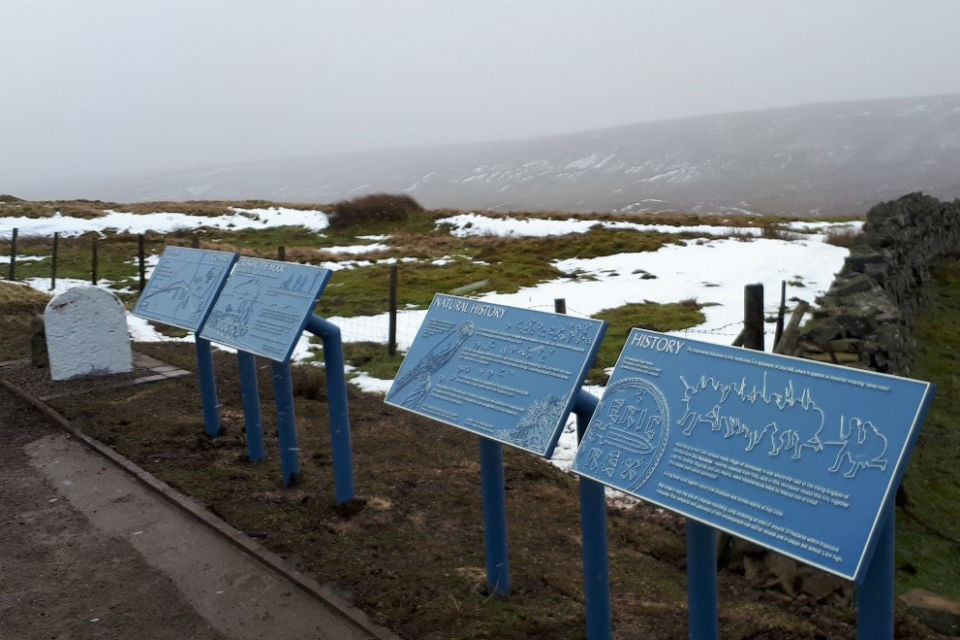 “Our motorways and major A roads are the arteries of the economy – keeping businesses, commuters, tourists and goods and services on the move. However, we’re determined to minimise the impact of our roads on the environment and enhance their surroundings where possible.

“At Stainmore we’ve improved the experience for drivers taking a quick break and better acknowledged the significance of this gateway location – and it’s just one of dozens of improvements we have or will be delivering across Cumbria and North Lancashire in a ten-year period.”

Work at the layby, in the North Pennines area of outstanding natural beauty (AONB), is part of a wider package of projects from a special ring-fenced ‘designated fund’ for environmental improvements in the Government’s road investment strategy (RIS) which began a second five-year programme in April.

The same fund has helped Highways England support the high profile Get Cumbria Buzzing campaign to breathe new life into roadside verges as well as a host of other initiatives across three biodiversity, landscaping and heritage strands. Over the past five years the work has included: 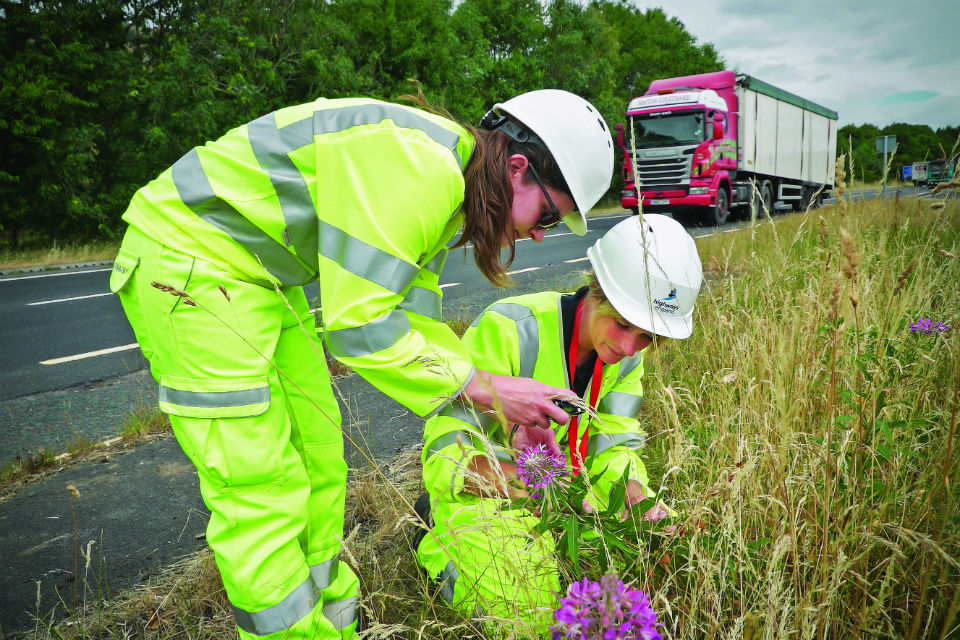 An investment in biodiversity along the region’s major A roads and motorways is helping to boost native plant and wildlife.. 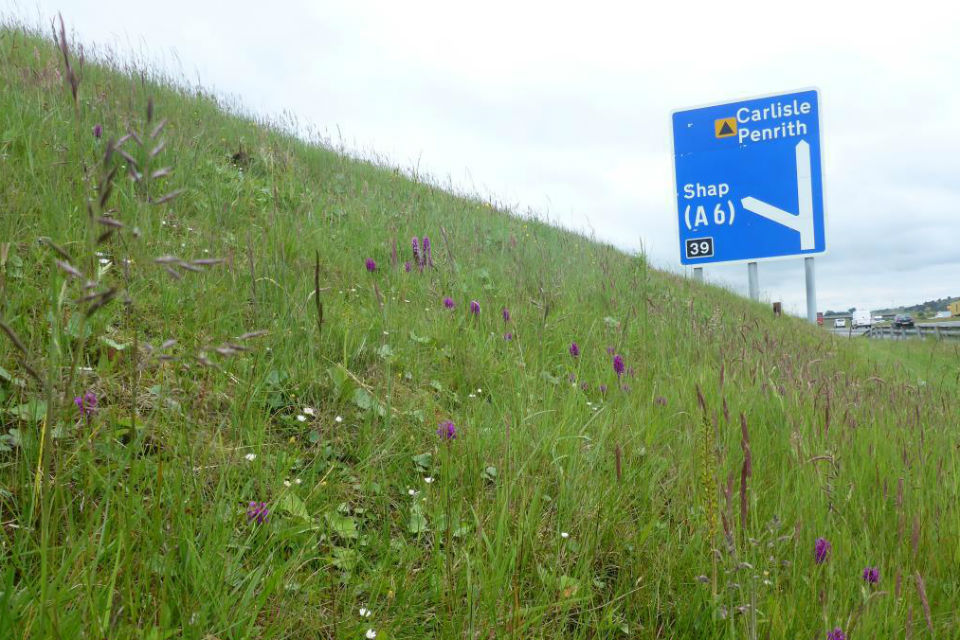 Above: Funding for local heritage has improved the visibility of Countess Pillar which is alongside the westbound A66 at Brougham near Penrith. The scheduled ancient monument (SAM) and Grade II* listed building is a 17th century octagonal sandstone pillar commissioned by Lady Anne Clifford in 1656 in memory of her mother, Margaret Clifford, Countess of Cumberland. The top of the monument is highly decorated, painted in bright blue and gold with sundials on several of its sides.

Below: Also as part of the heritage work a  missing 19th century milestone near Whinfell Park has been replaced with a faithful replica where it stood in the verge along the eastbound A66 east of Penrith. The original milestone was a sandstone block encased in cast-iron and a suitably qualified conservator helped provide the replica using another local milestone as a template. 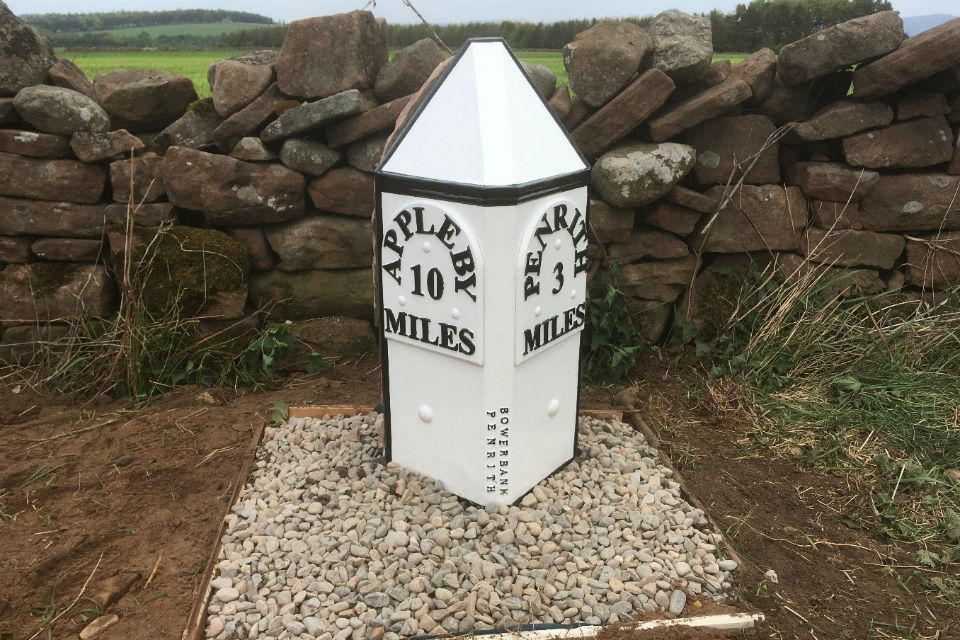 The completion of the environmental projects in the North West is being celebrated as Highways England announced plans last week to pump £936 million into its designated funds programme over the next five years between 2020 and 2025. The money will support work – often delivered in locally-based partnerships and driven by local people’s priorities – to improve the environment along roads, give a better deal for pedestrians, cyclists, and horse riders, tackle air and noise pollution and look at innovative ways of delivering a better strategic road network for everyone.